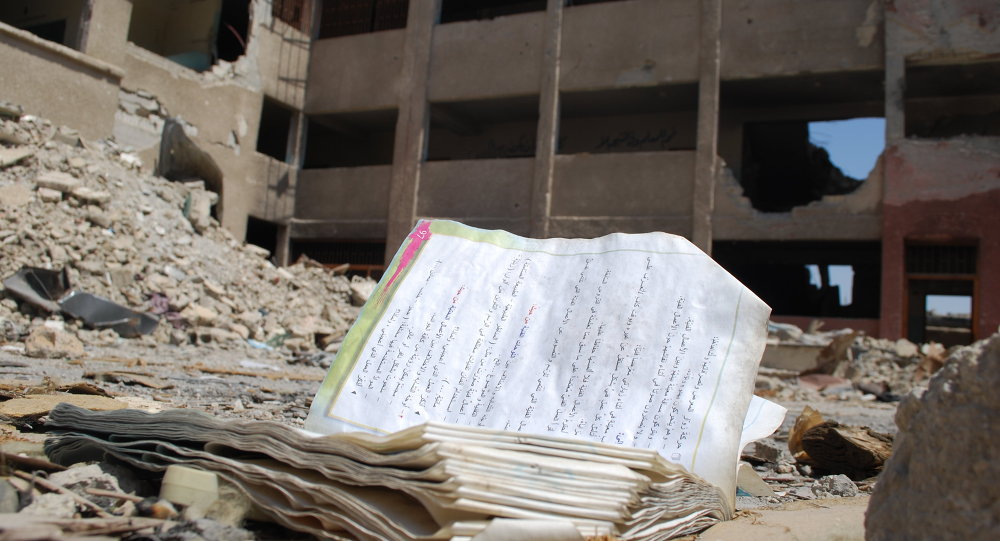 Three months ago, on May 29, 2020, the UN General Assembly passed by consensus a resolution proclaiming September 9 as the International Day to Protect Education from Attack. The day aims to draw attention to “the plight of more than 75 million 3-to-18-year-olds living in 35 crisis-affected countries” who are in “urgent need of educational support” and to express dismay “at the aggravation of attacks on educational institutions, their students and staff, in contravention of international humanitarian law.”

Today, on this first International Day to Protect Education from Attack, the undersigned organizations that make up the Save Syrian Schools project join together to condemn the many past and ongoing attacks on schools in Syria and demand that all parties involved in the conflict immediately cease such attacks, start rebuilding and repairing Syria’s schools and education system throughout the country, and address the tremendous gaps in education caused by the conflict.

Over the course of more than nine years of war in Syria, the Syrian regime has intentionally targeted or engaged in widespread and systematic attacks on educational institutions, which have also been hit by other parties to the conflict. As documented in our September 2018 report, “We Didn’t Think It Would Hit Us:” Understanding the Impact of Attacks on Schools in Syria, they have deployed cluster bombs and incendiary weapons banned by much of the world and used others weapons, such as barrel bombs, that are considered indiscriminate by nature because of the magnitude of suffering they are likely to inflict. As recently reported by the Syrian Network for Human Rights, Syrian forces have deployed at least 81,916 barrel bombs between July 2012 and March 2020. Among these strikes were 140 school attacks, 73 of which occurred after the passing of Security Council Resolution 2139 (2014) which demands that combatants cease attacks against civilians and identifies barrel bombs as being indiscriminate by nature and prone “to cause superfluous injury or unnecessary suffering.”

The Syrian regime and other parties to the conflict have committed these atrocities despite the assured loss of life and without any regard as to what the destruction of civilian objects such as educational institutions will mean for the future. Although the total figure is not precisely known, we were able to document 1,292 schools that were attacked during the period 2011-2017, likely a very modest estimate. Since that time, the number has increased significantly. From January to the end of June 2019 alone, the UN verified 74 attacks on schools. As stated in the Save Syrian Schools report the attacks have resulted in “countless lives irrevocably changed as the result of attacks on schools and the loss, not only of loved ones, but of childhood, innocence, and opportunity. Worse, it is not just individual lives that have been changed. The widespread attacks on schools during the country’s brutal conflict have torn apart families, left behind shells of formerly vibrant communities, and altered the future of Syrian society.”These attacks and the resultant deaths and injuries caused to children, teachers, and staff continue today despite repeated denunciations by the international community and civil society. In just the first two months of 2020, 22 schools were reported to have been attacked – including ten in one day in northwest

Syria – killing at least 14 and injuring dozens. Most recently, attacks against two schools were documented in July.

Although the government of Syria is responsible for the vast majority of these attacks, other parties have also been complicit in or responsible for attacking schools, including nonstate armed groups and foreign actors such as the Russian Federation, the U.S.-led coalition, and the Islamic Republic of Iran. Each must be held accountable for these many violations of the law of armed conflict, international human rights law, and customary international law.

On this International Day to Protect Education from Attack, we call upon all parties to the conflict, the international community, and UN member states to take immediate action to stop the violence and to address the myriad harms and violations of human rights that have resulted from the senseless destruction of Syrian schools. Among other steps, we consider the following to be both urgent and imperative:

The Save Syrian Schools Working Group: