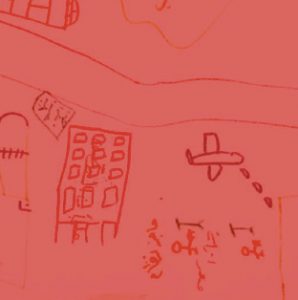 Field work took place between July 2014 and August 2015, and used multiple tools to consult young people, as well as key informants in their communities, mainly inside Syria. The study focused on governorates in Northern and Southern Syria. The communities that were targeted by the study were all in non-government held areas, controlled by various non-state actors. Additional interviews were also conducted in Lebanon and Turkey to access populations displaced from areas which we did not have access to. Through the two phases of the study, a total of 1047 young women and young men were reached through questionnaires and 88 focus group discussions were held. In-depth interview with survivors/victims of violations were held (a total of 48) as well as key informant interviews with community leaders, including teachers, local council representatives and others (a total of 44).

The study offered a preliminary view on the opportunities available for young people to engage in civic activism in general and, to an extent, their attitudes towards the mechanisms and concepts of transitional justice. Young people sampled in this study presented previous engagement and interest in participation in local initiatives in their communities, yet they also identified various obstacles for their participation or maintenance of this engagement; arms, displacement, resources, livelihood needs and responsibilities to their families, etc….